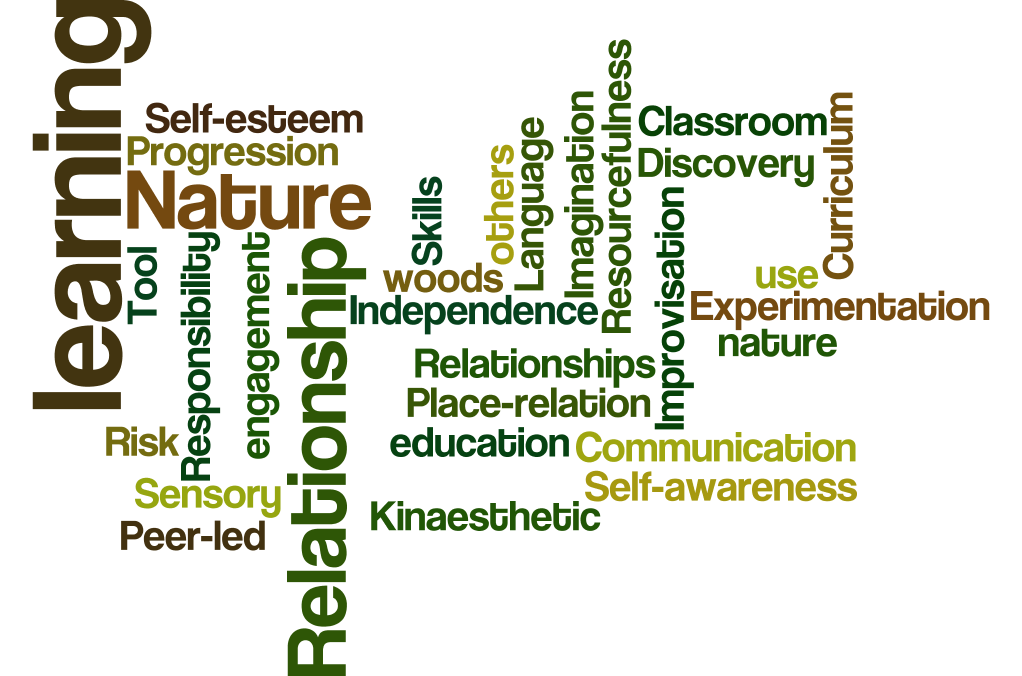 Each child is different in terms of background, knowledge, experiences, skills, fears and enthusiasms. Yet so many seem to enjoy forest school, and teachers and parents often have stories about how the experience changed their child. How do we turn these stories into a body of compelling evidence for the benefits of forest school? There are a growing number of studies which have measured or assessed the impact of forest school on children often focussing on specific issues such as physical or mental health, or social and citizenship skills (e.g. Davis and Waite, 2005; Knight, 2009; Lovell and Roe, 2009; Maynard, 2007; O’Brien and Murray, 2007; Swarbrick et al., 2004,).

In order to contribute to this body of evidence, I started out by observing children at forest school, to begin to understand how it affects children. However, my own observations could not cover enough sessions and children to extrapolate the individual stories to develop a wider evidence base, so I had to approach this question in a different way.

Analysis of the interviews identified topics which came up in the discussions with forest school leaders, depicted in the figure.

Forest school leaders acknowledged that there were many potential links to the national curriculum, but these were not explicitly pursued. Instead, forest school practitioners highlighted other aspects of learning at forest school. The most commonly mentioned themes were development of relationships with others, and development of relationships with nature. In the interviews there was also discussion of kinaesthetic and sensory learning styles, as well as children learning to take responsibility and assess risk.

The forest school leaders perceived that children were learning about themselves: their capabilities, both physical and emotional, and how to respond to challenges. The challenge of a new setting affects children in different ways, with many interviews reporting examples of those children who are confident in a classroom setting taking time to gain confidence in an outdoor setting, and those who struggle in the classroom enjoying the space and different learning styles of the outdoor setting

Practitioners observed children developing relationships with others: learning to play together and to work together to achieve tasks. They also claimed children learned about themselves in terms of what activities they feel comfortable engaging in, and how to overcome fears and uncertainty when encouraged to try new things. Malone’s research (Malone, 2008) suggests such self-knowledge and team-working skills are transferable to the classroom and can increase the ability to pay attention and concentrate.

Forest school provides an environment in which children can learn about the natural environment. However, in interviews it became apparent that the forest school leaders do not see nature education as the primary goal of forest school, but incidental to the activity. Children engaged in nature through being outdoors, using natural materials to build dens, do nature art and craft, or just by balancing on logs and searching for minibeasts, and while doing all these activities, they were also learning about the natural environment.

It was apparent that the forest school practitioners interviewed did not appear to see forest school as an opportunity for delivery of the national curriculum, even though potential links were identified (especially in science, geography, but also language and writing), but they felt that informal learning at forest school could support and contribute to classroom teaching. Forest school sessions were often seen as quite separate from classroom teaching, often being led by different people. Learning styles at forest school were very different from the directive approach of the classroom: more play and peer-led, less directed by teachers. This suits some children more than others. The forest school leaders saw themselves as facilitators of learning, rather than instructors delivering knowledge.

Davis, B. and S. Waite 2005. Forest school: opportunities and challenges in the early years. Plymouth: University of Plymouth.

Malone, K. 2008. Every Experience Matters: An evidence based research report on the role of learning outside the classroom for children’s whole development from birth to eighteen years, Report commissioned by Farming and Countryside Education for UK Department Children, School and Families, Wollongong, Australia.

The best season for farm visits and other outdoor learning is coming up!