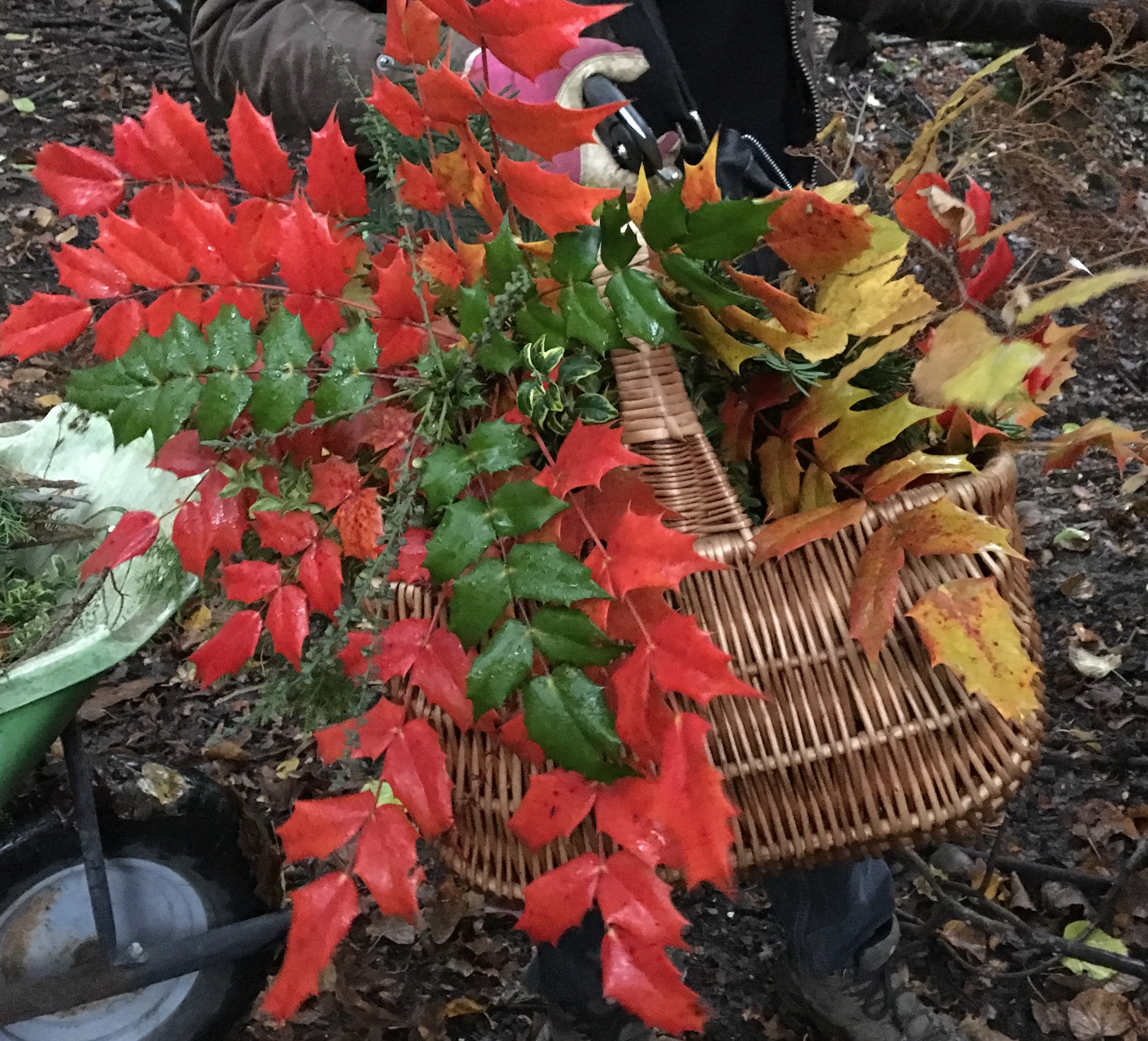 At the time of writing the plan is that by early December we should be coming to the end of the lockdown period due to covid. In both lockdown periods, the government has recognised the importance of exercise and fresh air, and ensured that people are allowed to spend some time outdoors, in nature, each day. Plenty of research now shows that time spent in nature is good for physical and mental health.

In England, we are very fortunate to have a historical network of public rights of way – be they footpaths, bridleways or by-ways open to all traffic (bizarrely abbreviated to BOATs, even though they are very much land based). There are many of these in the countryside around where we live. In addition, landowners can also add permissive footpaths, allowing people to walk on further areas. These have been useful in connecting different footpaths to make walking routes which are circuits, bring walkers back to where they started. All routes are marked. Sometimes, there appear to be other unmarked routes. These might be what are called “desire lines”, tracks of where several people have walked which are not on public rights of way, or they may be the routes of deer (fallow and muntjac) who often create what appear to be rough paths on routes they regularly walk.

We are lucky to have a lot of wildlife locally, as these articles have shown over recent months. As we come towards winter, we can still see red kite, fallow deer (including a beautiful stag with big antlers spotted several times locally), muntjac, owls which can be heard at dusk. We are also aware of several maternity roosts for rare barbastelle bats, as well as other bats residing locally. In order to protect wildlife, its best that people stick to footpaths and bridleways, and do not wander through woods.  For example, in Hitchwood, a popular walking destination for lots of people, there is a permissive footpath. In the last year or two, this has been expanded to add a further loop of circular walk nearer to the car park. This expands the route for walkers, and allows people to be further from Hitch Wood lane. Other “desire lines” exist, and signs have been put up to encourage people to remain on the permissive path, and desist from the desire lines. We know that deer, bats, and other wildlife rely on the woods for their habitat. By keeping to the marked footpaths, walkers can enjoy the woods while leaving other areas of the woods for biodiversity to thrive.

With Christmas coming, its worth mentioning Holly and Ivy, traditionally brought into homes at Christmas as symbols of the spring to come and to ward away evil spirits. A Mistletoe sprig is traditionally hung above the door and a berry removed with each kiss.

Our native Holly trees Ilex aquifolium can have prickly leaves at the base ot he tree (up to 2.5m) and smooth leaves higher up.  This is thought to protect the tree from browsing animals such as deer. Holly berries only appear on female plants but there must be a male nearby. An old wives tale says many berries on a Holly foretells a particularly cold winter, however it’s usually down to an absence of late frosts which allow the flowers to bloom, a warm summer with adequate rainfall and good insect activity for pollinating the flowers. Look out for Blackbirds, Thrushes, Blackcaps, Redwings and Fieldfares feeding on the fruit.

Ivy Hedera helix seems to climb over everything (trees, walls, ground), using them for support. Ivy is not parasitic. Its yellow-green flowers are a great source of nectar for autumn insects, such as hornets, wasps, hoverflies, bumblebees, small tortoiseshells, peacock butterflies and red admirals and its berries feed Blackbirds, Blackcaps and Thrushes through the winter months. Ivy provides roosting sites for bats and nesting sites for birds, and also a home for hibernating insects.

Mistletoe Viscum album is parasitic and poisonous and loves broadleaf trees. It is an important food source for Mistle thrushes, though they prefer holly and hawthorn berries. The Mistle thrush may frequent our gardens in the winter. They are much larger than song thrushes. They have pale grey-brown upperparts, and heavily round spotted white underparts, and a longer tail.  They have a rattling call, especially when alarmed or disturbed.